Puquios of Nasca in the Peruvian Desert

Ojos – According to Schreiber and Rojas (2003) there is no evidence that the spiraling walkway was ever characteristic of the ojos, that these were an innovation created in 1986. 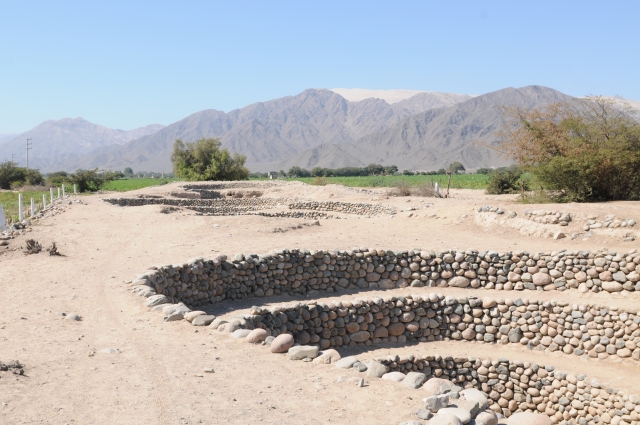 Showing in the background at the top of the mountains is Cerro Blanco, the highest sand dune in the world (2,078 m) 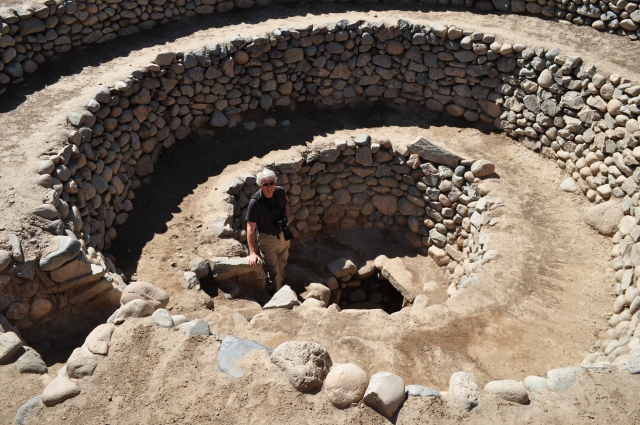 I am standing in the spiral walkway with the opening to the ojo.

Showing water in the bottom of the ojo.

Location of opening from gallery into the open trench of the puquio.

Location of opening from gallery into the open trench of the puquio. 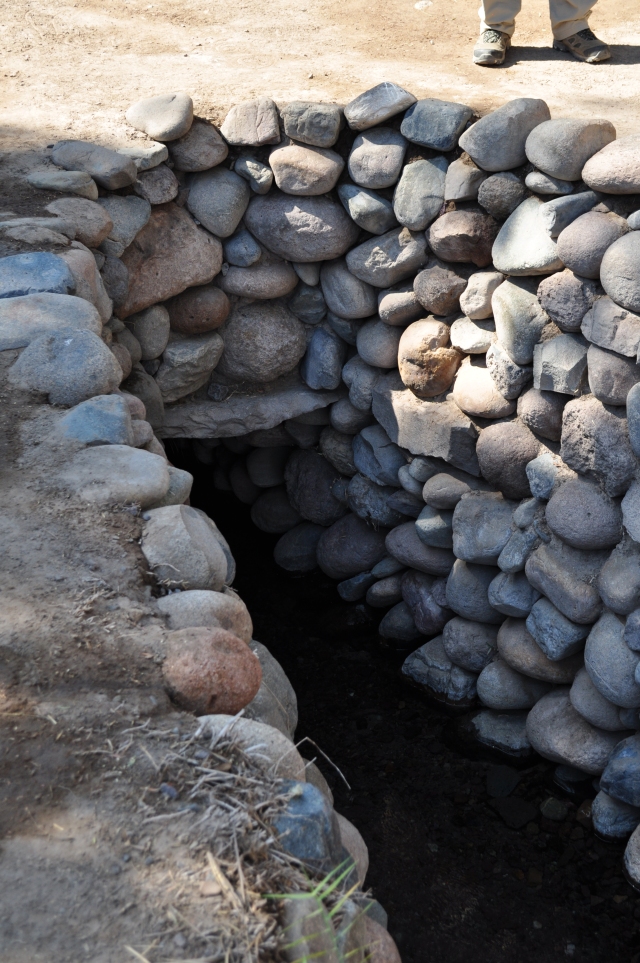 Opening from gallery into the open trench of the puquio.

Location of open trench of the puquio. 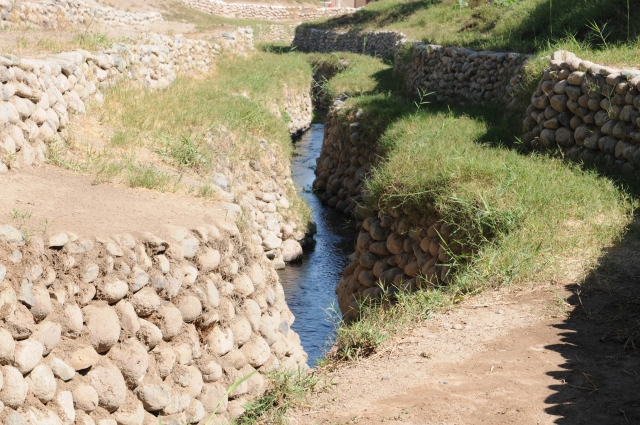 Open trench of the puquio looking downstream of opening from gallery. 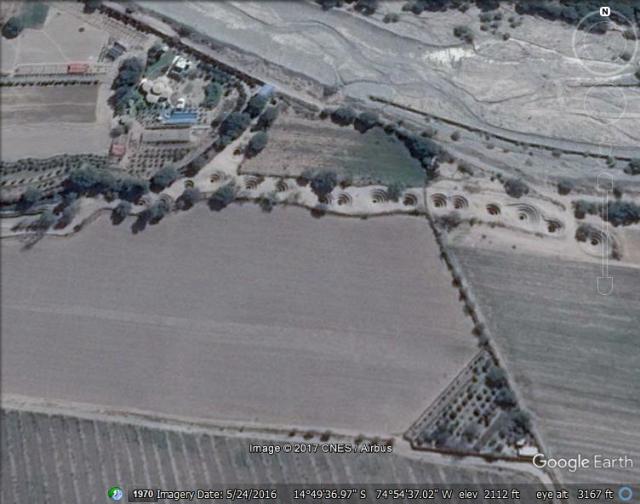 Ocongalla puquio is an open-trench type of puquio approximately 600 m long emptying into a small kocha.  The pictures below are taken at the upper end of the trench where the pond is created that flows into the open-trench.  Water flows into the pond through three openings (locations from the ground) into the small pond.  Shown below is one of these three locations and the pond. 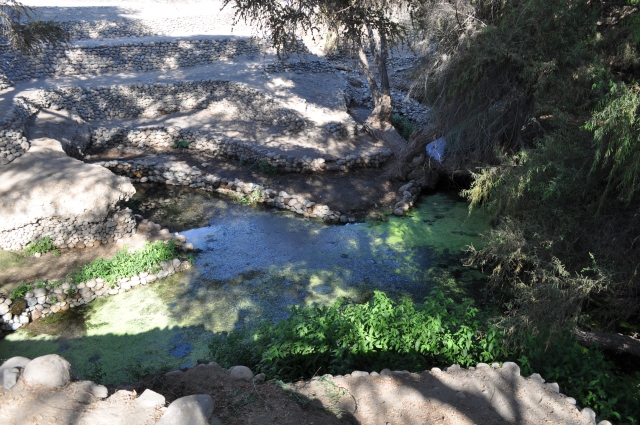 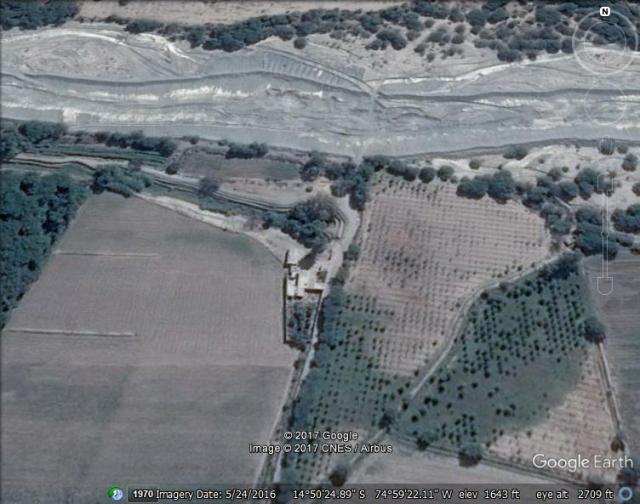 Notice the location just south of the Nasca River approximately six km east of the town of Nasca. 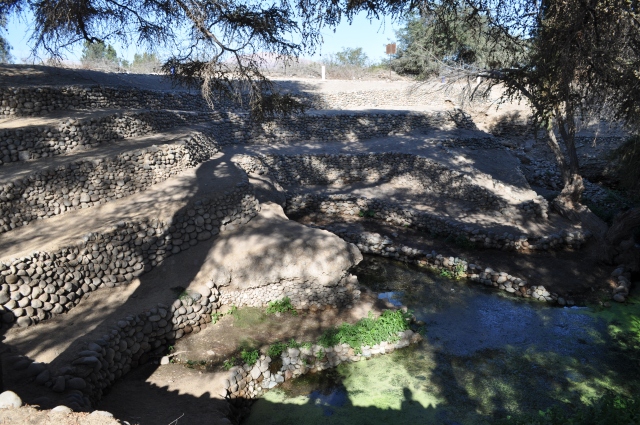 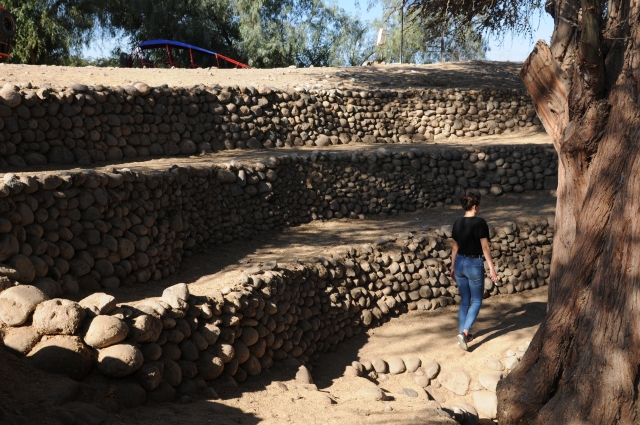 Shows extent of the puquio.  Upper part is the tunneled gallery.

Shows upper part with the tunneled gallery.  The ojos don’t have the spiral walkway down the ojo.

Shows lower end of puquio which is an pen trench ending at the small kocha.

Cahuachi was the ceremonial center of the Nasca culture, consisting of several platform mounds and pyramids, and was located near the present-day town of Nasca. 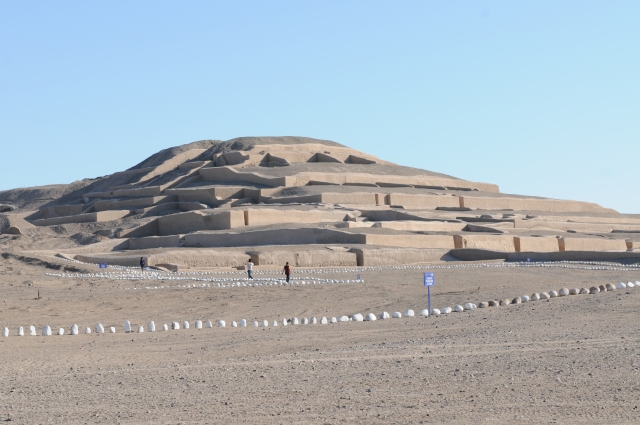 In the desert pampa in the Andean foothills the people etched the geoglyphs, now referred to as the Nasca Lines.

The following are photos that I took in June 2017. 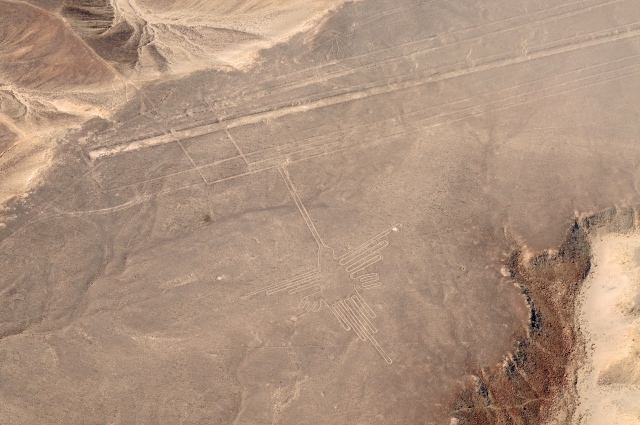