Ephesus (or Ephesos or Ephes) is located in the western part of Turkey along the Aegean Sea near the historical town of Selcuk (Seljuk), which is between  Izmir (ancient Symrna) and Aydin.  Ephesus was originally constructed on a bay where the Kucuk Menderes River (classical Kaystros).  This is area is almost in the middle of ancient Ionia.  The Ioanians conquered Ephesus in the 11th century B.C.

The following photos of Ephesus were taken in October 2017. 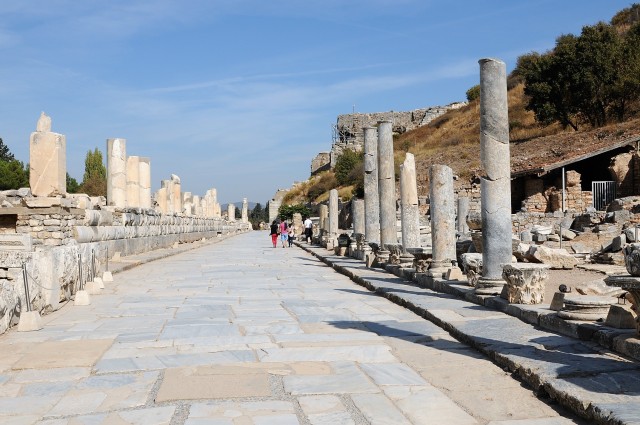 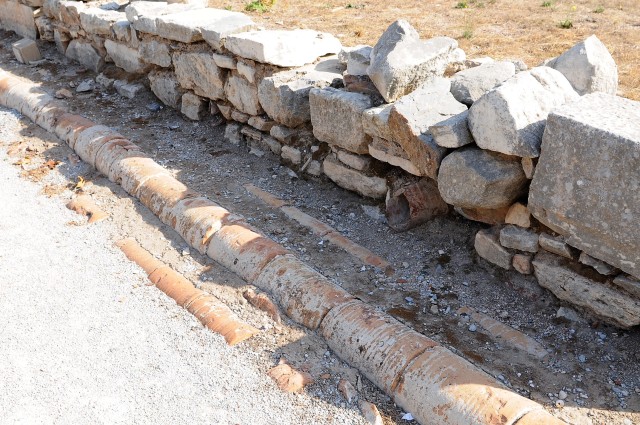 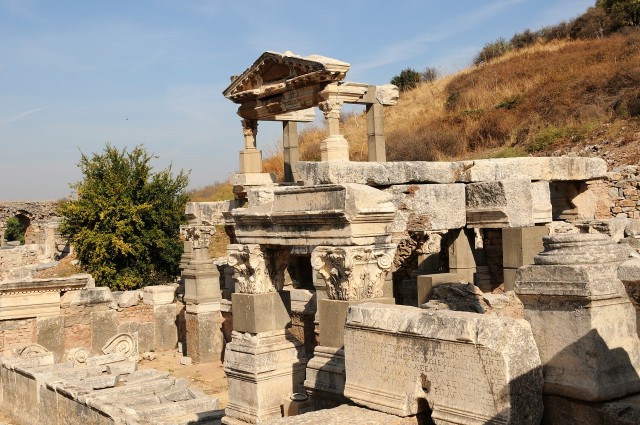 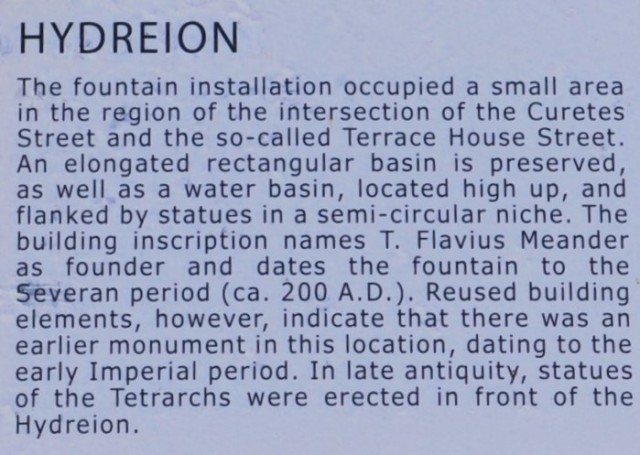 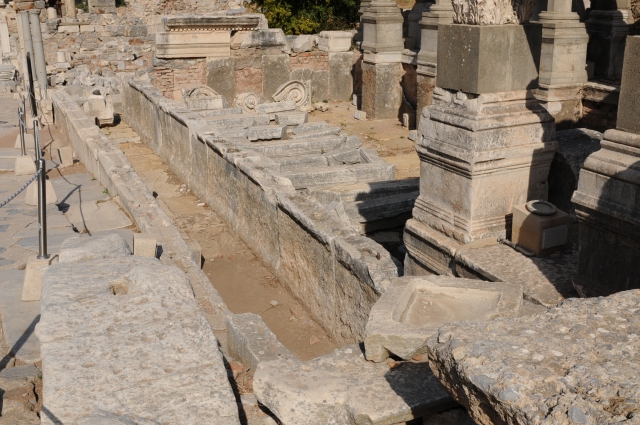 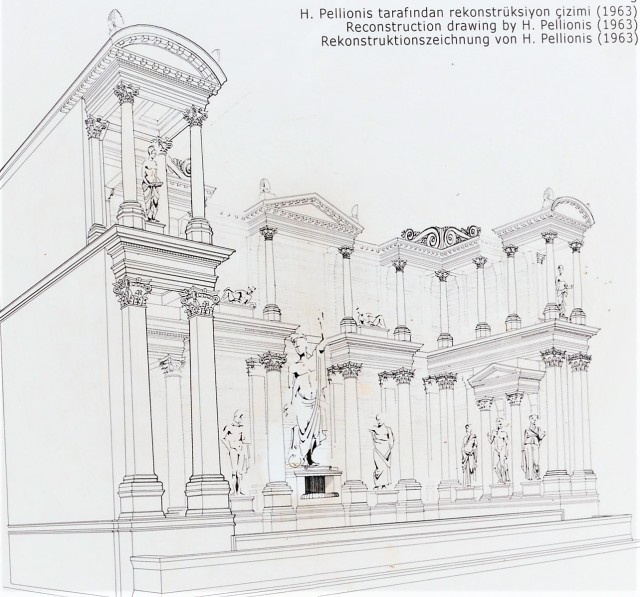 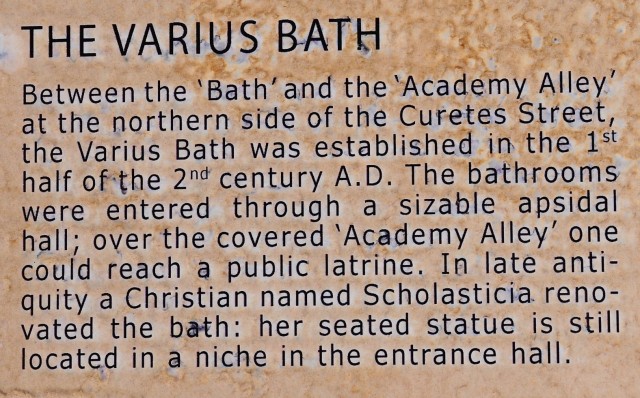 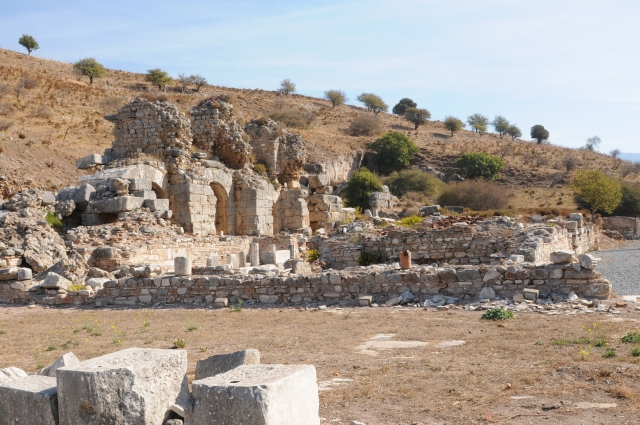 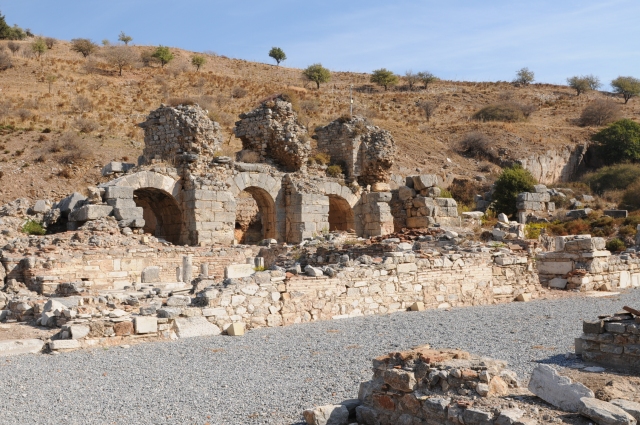 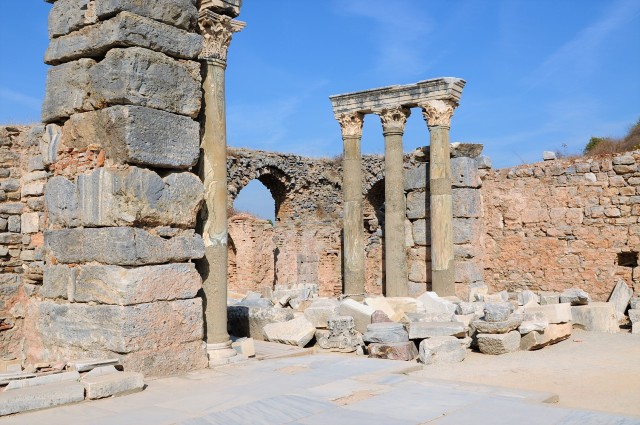 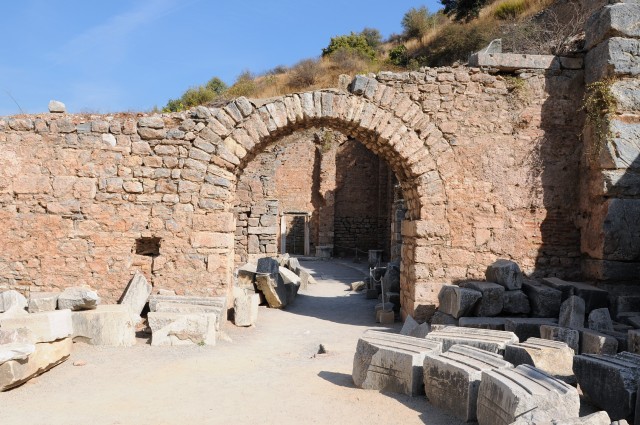 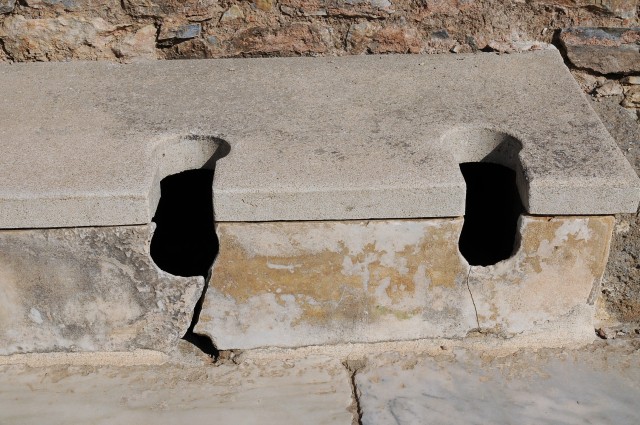 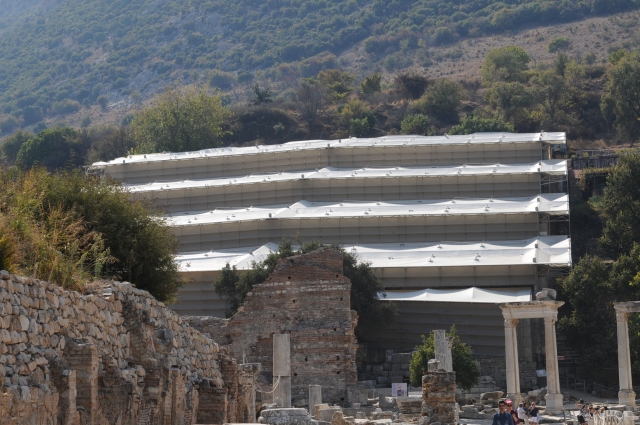 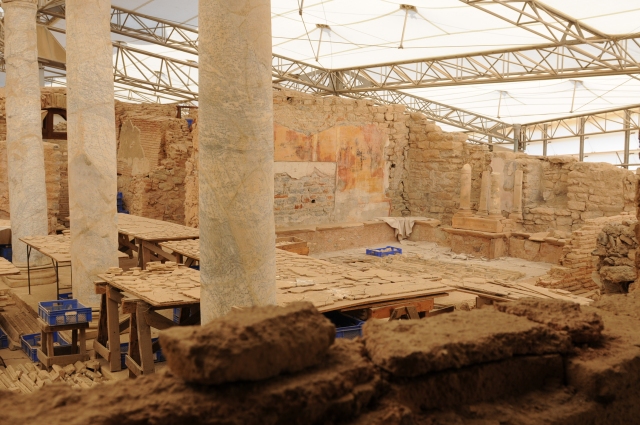 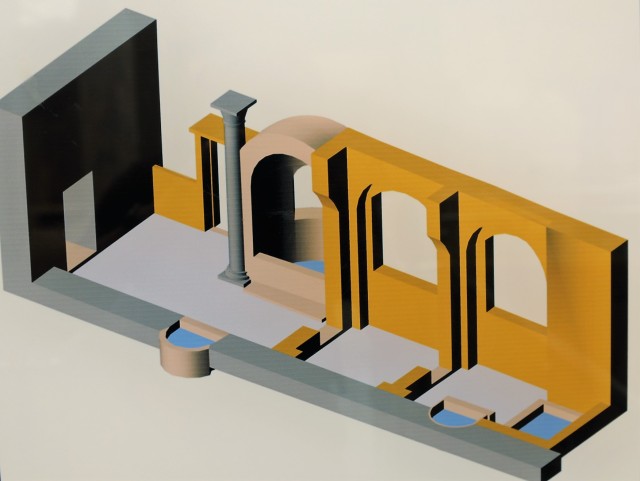 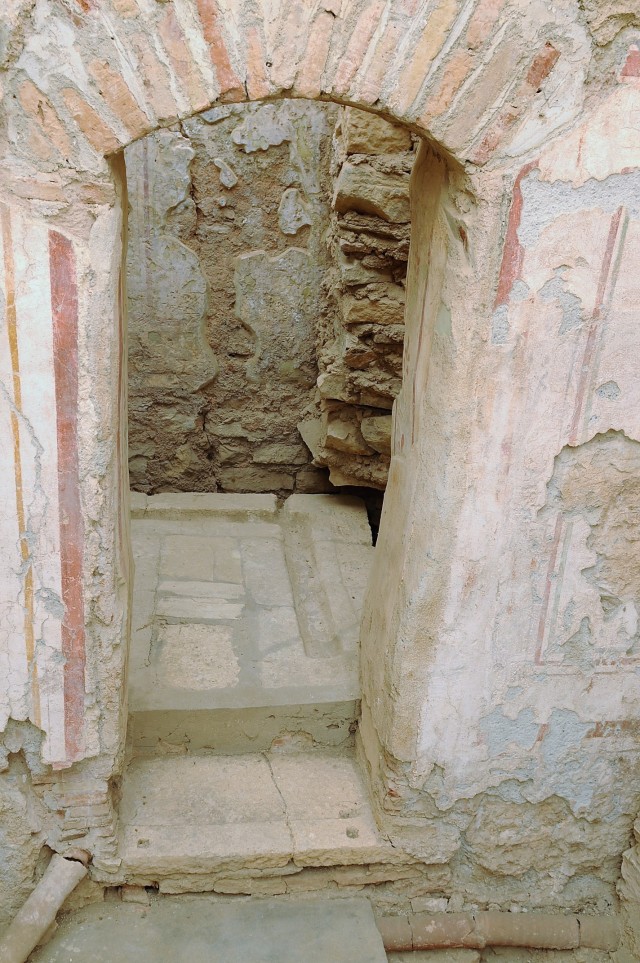 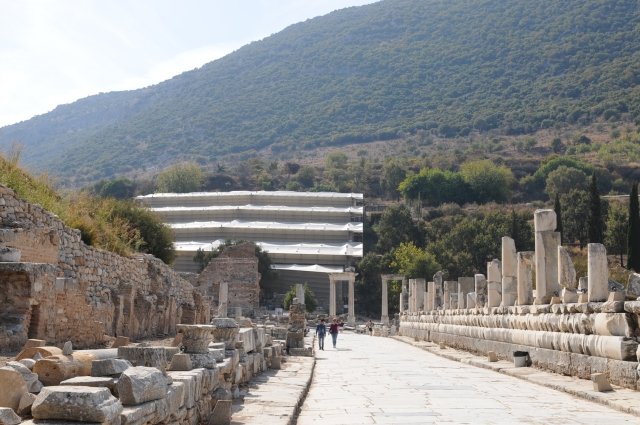 Roof in background is the location of the terrace houses. 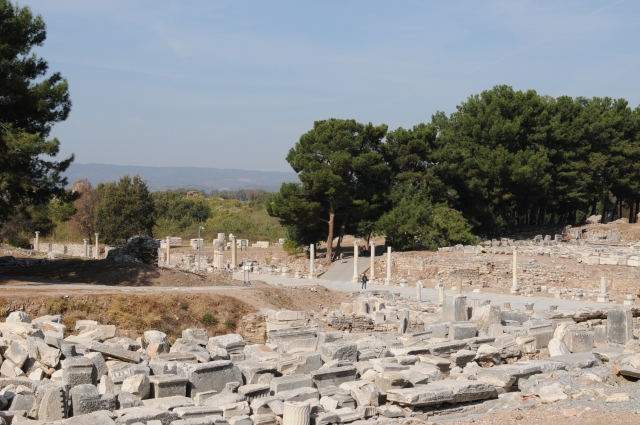 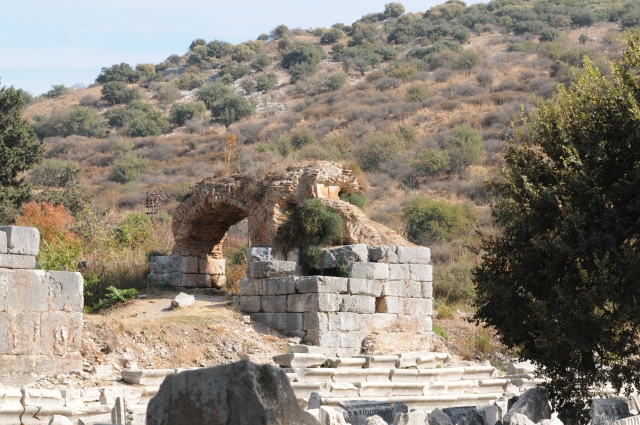 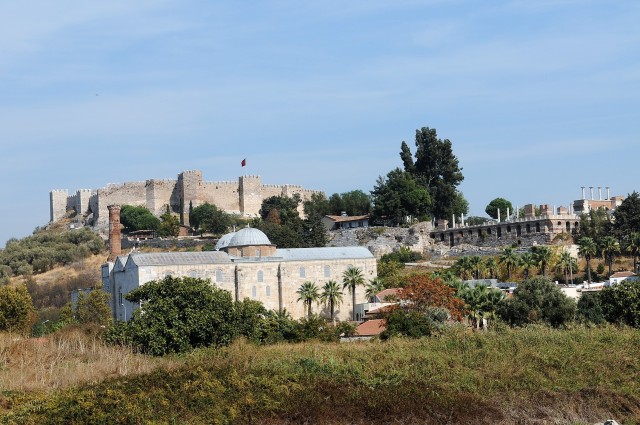 The Ayasuluk Fortress is shown in the background.

The column to the right is at the Temple of Artemis.