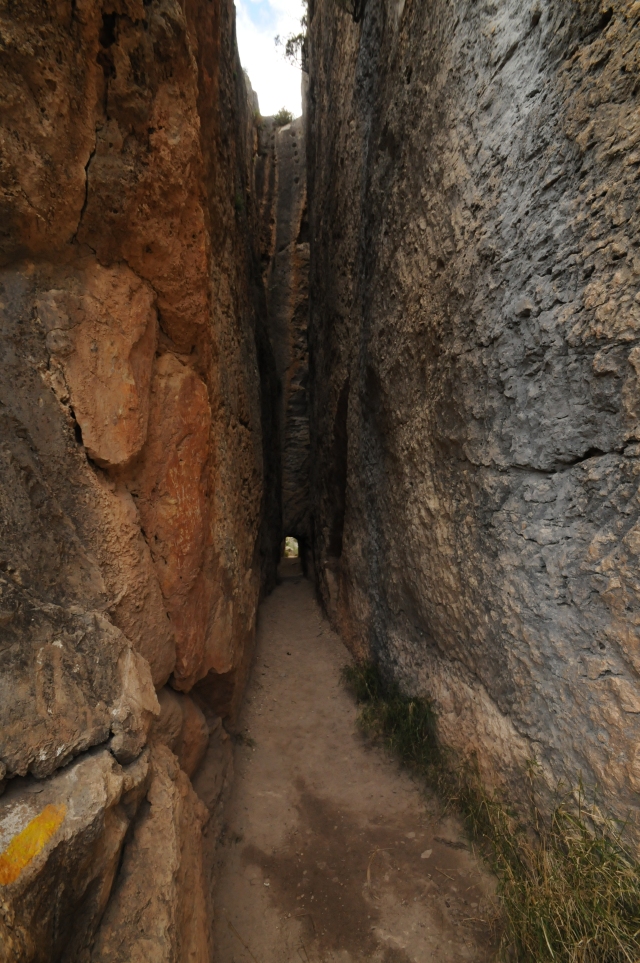 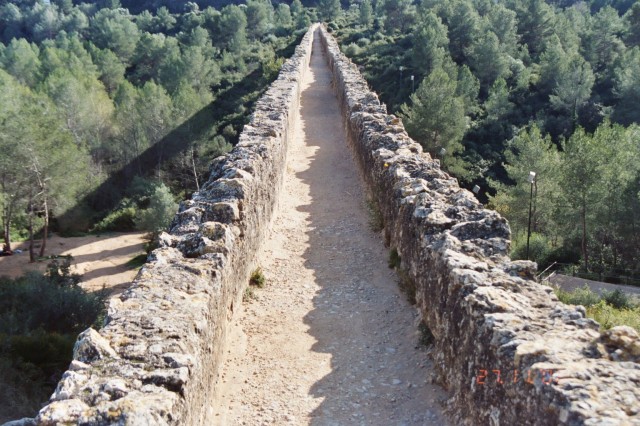 Roman bridge on the Rio Guadiana in Emerita Augustus

Prosopenia reservoir and dam that supplied water to the Proserpina aqueduct.   The Adelfas and Pardillas streams supplied water to the reservoir.  The dam has been undergone alterations over the years.  the dam is approximately 425 meters long and 21 meters deep.  There are nine adjoining buttresses (built with granite blocks) of rectangular cross-section laid as a stepped structure.

Prospenia dam showing that the dam wall is reinforced by earth on the downstream side of the dam.

Cornalvo reservoir and dam located 15 kilometers north-east of Merida.  Dam is approximately 200 meters long and 18 meters high.  The dam was built with a concrete interior core and erected with granite b;locks and slabs.  The downstream side of the dam is earthen to help support the dam wall.  Notice the intake tower with the bridge to the tower. 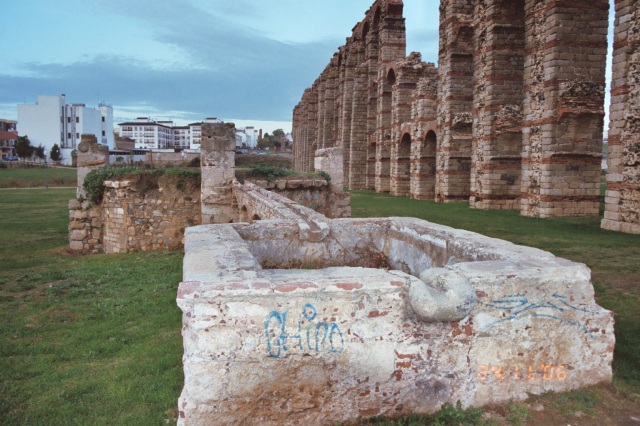 Remains and reconstruction of the settling tank (piscina limaria) downstream of the Los Milagros bridge on the hill top.

Only remains of the Las Thomas aqueduct bridge across the Rio Albarregas located near the hippodrome. 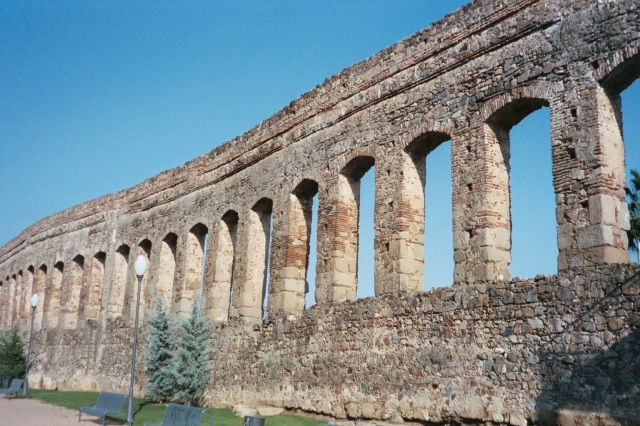 Material from the Los Tomas aqueduct bridge was used to build this aqueduct across the Rio Albarregas by the Muslims.

Los Thomas aqueduct downstream of the aqueduct bridge near the Roman theater.  Notice the lion-head gargoyle carved from stone that was used as a gutter spout. 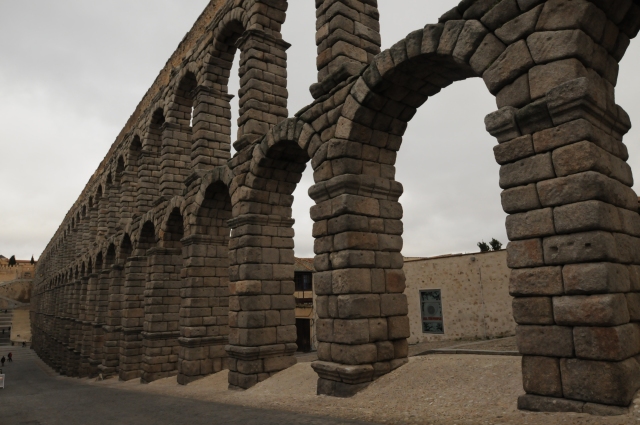 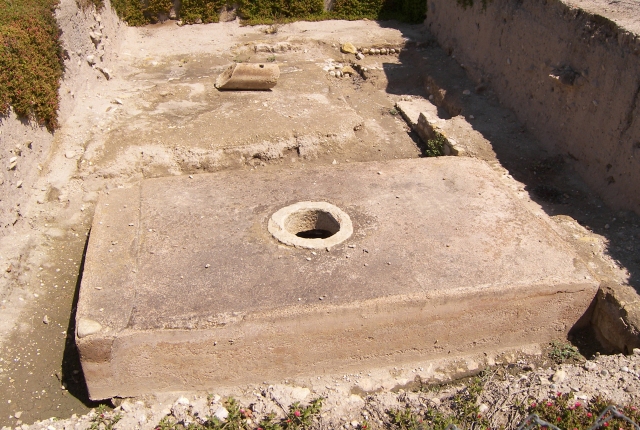 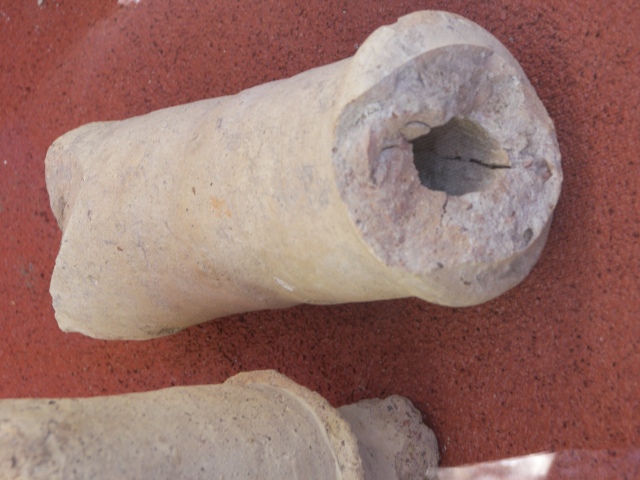 Types of piping found at Illici

Remains of the Roman dam and reservoir near Consuegra, Spain

Reconstruction of bath at Lucentum.  This photo shows the hypocaust (hypocaustum) which was a the system for underfloor heating used in buildings and and hot baths (thermae).    The pillars (pilae stacks)